Fake news and misinformation have plagued most social media platforms since their beginning, and the recent pandemic proved just how dangerous it can be. However, censorship was never part of these platforms—all of which rely heavily on user-generated content to grow and evolve. Censorship is frowned upon when it comes to creating social media advertisements that engage different audiences as marketers could rapidly find themselves caught between the need to produce creative advertisements, and the need to follow more rules. With social media giants now making concessions on the European Union’s new anti-disinformation code, other changes are expected to follow soon.

Not only have social media platforms been used by anti-vaxxers to promote their messages during the pandemic, but research shows people in the U.S. and abroad have experienced an anti-vaccination infodemic on social media. Moreover, social media platforms are also known to disrupt politics around the world, having been used by external actors—such as Russia—to interfere with elections in democratic countries. With Russia continuing its war in Ukraine, it comes as no surprise that the European Union (EU), geographically close to both countries, is implementing new anti-disinformation regulations. For the EU and the media platforms in question, this might prove to be the best way to fight against misinformation.

What Marketers Should Know

According to the Financial Times, these new rules will make it mandatory for social media giants to reveal the ways they remove, block or curb malignant content in advertising and content promotion. Platforms like Meta, (formerly known as Facebook), Twitter, Google, Microsoft and TikTok will have to fight fake news, propaganda, and disinformation by developing better tools by teaming up with fact-checkers. Not only are these new technologies and partnerships needed to prevent false information from spreading, but the EU’s new anti-disinformation code could also be “indicators of trustworthiness”. This means that information on highly sensitive issues—like Russia’s invasion and the global pandemic—could undergo further scrutiny.

As reported by SocialMediaToday, these changes come at a time when a global debate about the impact of fake news and false information is still underway. Experts from different countries around the world are still trying to find the right balance between observing the right to freedom of expression and preventing the dangers of spreading false information, especially during a crisis. Moreover, the real impact of using social media platforms like Facebook and Twitter for information purposes remains unclear. However, one thing is certain: By creating a new anti-disinformation code, the EU could make a difference in identifying false information in time and correcting it across different platforms.

What Marketers Should Do

The new anti-disinformation code is rumored to become part of the EU’s Digital Services Act in the future, and the changes it enforces could spread well beyond Europe’s borders. After all, the U.S. had its fair share of trouble with fake news and propaganda, not to mention the fact that social media’s impact on the 2020 Presidential Election is still a hotly debated topic. Although social media platforms seem to play a positive role in politics by encouraging civic engagement, research conducted by the University of Maryland shows that even this bit of positive influence comes with an important drawback: the spread of false information. If platforms like Meta, Twitter, Google, Microsoft, and TikTok agree to develop new tools to comply with the EU’s new anti-disinformation code, they will probably decide to enable those tools in other countries too—especially if those countries are already affected by the spread of fake news.

For now, marketers in the U.S. should embrace transparency and educate themselves about the new technologies, partnerships, and rules that social media platforms will embrace. Marketers should do their best to provide audiences with accurate information and high-quality content on all platforms. Brands are not immune to false information, and they can easily become targets of fake news. In 2016, Trump supporters boycotted PepsiCo (PEP) products after a fake news report went viral on social media. According to that report, PepsiCo CEO Indra Nooyi had invited Trump supporters to “take their business elsewhere.” Although the information was false, the price of PepsiCo shares suffered some unpleasant consequences.

Like social media platforms, marketers should do their best to fight fake news, propaganda, and disinformation. Moreover, they should also develop new ways of debunking and countering false information about their own brands.

Inconsistency is a Content Marketing Poison, But It Doesn’t Have to Be 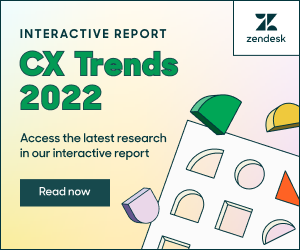