With Recent Departure Of Multiple Top Ad Execs, Facebook Stands At A Crossroads

Amazon has given most, if not all, retailers fits in the last two decades or so, but Macy’s in many ways is especially vulnerable. The e-commerce giant has built up apparel sales that have usurped the department store’s primacy in that space. More recently, reports that Amazon is planning a department store-like business had analysts warning about further damage to Macy’s market share.

This kerfuffle is less about sales and more about marketing. Yet, this one hurts, given the longstanding prominence of the huge red billboard, which since the mid-20th century has served as the ensign of the sprawling New York City flagship — host of the retailer’s famous Thanksgiving Day parade and a popular tourist magnet.

10 Questions to Help Small Businesses Narrow Down Their Target Audiences

What does Google's infinite scroll on mobile mean for advertisers?...

Design Is the Silent Ambassador of Your Brand... 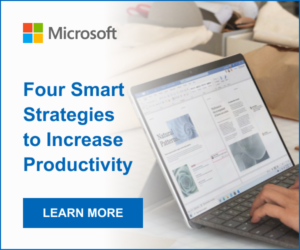