Majority of mobile advertisers concerned about compliance with privacy laws

IAB: Digital ad revenue rose 12% in 2020 amid rebound from pandemic

TikTok-native publishers like Flighthouse and SongPsych have reached a milestone in the maturity of a modern media company. Like the YouTube-native, Facebook-native, Instagram-native and Snapchat-native publishers that came before them, these outlets that have amassed large followings on the ByteDance-owned platform are now expanding to other platforms in order to build their businesses.

One of the earlier media companies to devote itself to TikTok, music-focused channel Flighthouse has accrued 27.6 million followers on the platform since launching on Musical.ly in 2016, which ByteDance merged with TikTok in 2018.

7 Ways to Boost Your SEO

The social audio boom and how you can take advantage of it...

7 Ways to Identify Your Competitors for Better SEO Keyword Research...

How to Fix Common Service Area Business Issues in Google My Business...

CAMP wants to patent e-commerce for kids with its new Present Shop...

How to Drive Traffic Back to Your Store with Printed Signage...

What is psychographic segmentation?

How to Drive Traffic Back to Your Store with Printed Signage...

Try This PPC Strategy for Protecting & Building Your Brand... 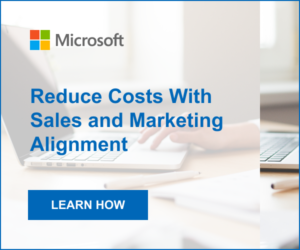